Dan The Man Team helps buyers and sellers no matter where their needs are in NW Indiana and Illinois. Whether you are looking for a home in the country, suburban setting, or a home in the city, we can help.

Lake County is Indiana's  second largest destination for visitors.  Browse this site to learn more about what makes Lake County such a great place to visit and live.

Lake County has strong ethnic diversity, with more than 80 cultures represented.  And of course the location of this county is one of its great boons.  The trip to and from Chicago is short, and the county's placement at the southern tip of Lake Michigan makes it ideal for various forms of recreation.  Lake County is appreciated for its miles of beaches, acres of parks, great dining, hometown festivals, and impressive entertainment.

Chicagoland covers all of the fun, history and culture that can be found within 60 minutes of Chicago.

Chicagoland
Chicagoland is a term that carries several common misconceptions. It is believed by many people (usually living in the northern and western suburbs of Chicago) that Chicagoland, or more formally the "Chicago Metropolitan Area" is restricted to only the areas within the Illinois state boundaries. However, due to the fact that a metro area is based on cultural and employment patterns and similarities, this is simply not true.

Because Chicago is such a large city on its own, it boasts a much wider metro area than most others in the country, save for New York and Los Angeles. Dating back to 1950, when statistical analysis for metro areas emerged, Chicagoland included several counties in Illinois (Cook and the adjacent counties such as Will, Lake, and DuPage) as well as Lake County in Indiana which to many a-Chicagoan's surprise physically borders the city. Over the years, due to Chicago's expansion, the definition has also widened to include four more Indiana counties (Porter, LaPorte, Newton, and Jasper) as well as Kenosha County in Wisconsin.

This phenomena is not unique to Chicago, and examples can be seen all throughout the U.S. New York City - New Jersey, St. Louis - southwestern Illinois, Kansas City - western Missouri, and many more. So before you let silly biases like state lines get in the way, remember to check your facts!
As I mentioned above, a metro area is not determined by state lines, but by a shared culture. For example, the types of cuisine unique to Chicago can be found all around Chicagoland. Things like the Chicago Hotdog, the Maxwell St. Polish, Italian beef sandwiches, deep dish pizza, and etc. Other examples include the commuter culture, or the people who travel into the city for work; favorite sports teams; dialects and slang; time zones (Northwest Indiana shares a time zone with the rest of Chicagoland, and not the rest of the state). 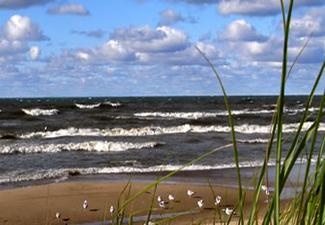 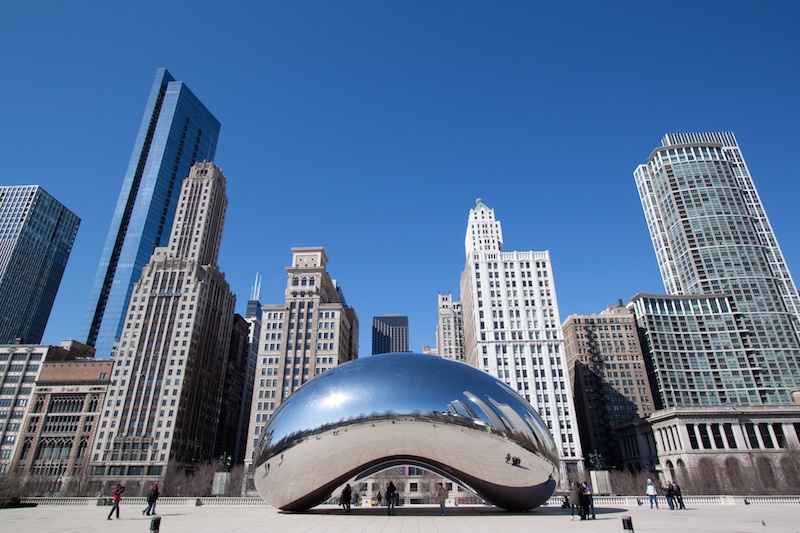 Based on information submitted to MLS GRID as of Dec 2, 2020 7:57:am. All data is obtained from various sources and may not have been verified by broker or MLS GRID. Properties displayed may be listed or sold by various participants in the MLS. Supplied Open House Information is subject to change without notice. All information should be independently reviewed and verified for accuracy. Properties may or may not be listed by the office/agent presenting the information.

IDX information is provided exclusively for consumers’ personal non-commercial use, and may not be used for any purpose other than to identify prospective properties consumers may be interested in purchasing. Data is deemed reliable but is not guaranteed by MLS GRID, and that the use of MLS GRID Data may be subject to an end user license agreement prescribed by the Member Participant’s applicable MLS if any and as amended from time to time.

The Digital Millennium Copyright Act of 1998, 17 U.S.C. § 512 (the “DMCA”) provides recourse for copyright owners who believe that material appearing on the Internet infringes their rights under U.S. copyright law. If you believe in good faith that any content or material made available in connection with our website or services infringes your copyright, you (or your agent) may send us a notice requesting that the content or material be removed, or access to it blocked. Notices must be sent in writing by email to DMCAnotice@MLSGrid.com.

The DMCA requires that your notice of alleged copyright infringement include the following information: (1) description of the copyrighted work that is the subject of claimed infringement; (2) description of the alleged infringing content and information sufficient to permit us to locate the content; (3) contact information for you, including your address, telephone number and email address; (4) a statement by you that you have a good faith belief that the content in the manner complained of is not authorized by the copyright owner, or its agent, or by the operation of any law; (5) a statement by you, signed under penalty of perjury, that the information in the notification is accurate and that you have the authority to enforce the copyrights that are claimed to be infringed; and (6) a physical or electronic signature of the copyright owner or a person authorized to act on the copyright owner’s behalf. Failure to include all of the above information may result in the delay of the processing of your complaint.
Greater NW Indiana listings last updated Dec 2, 2020 7:49:am.